Video is quickly becoming the norm on Facebook and brands and corporations throughout the world are working extremely hard to capitalize on this platform to drive interest and sales to their products and services. What this means for Toronto companies is that if your video production marketing campaign doesn’t include Facebook & Instagram, you’re missing out on huge marketing potential. In January 2017, Facebook reported its financials for 2016 and provided a ton of important facts about the importance of video for Facebook and the huge amount of engagement it generates.

Mark Zuckerberg, Facebook founder and CEO, said that “2016 was a great year for Facebook. Our community continued to grow and our business is thriving.” The results confirmed a steady revenue increase of 44%, as well as a 21% growth in monthly active mobile users.

But what about with Facebook’s video feature? Has this been paying off for the social networking site? It appears so as Facebook viewers now watch an incredible 100 million hours of video every day. 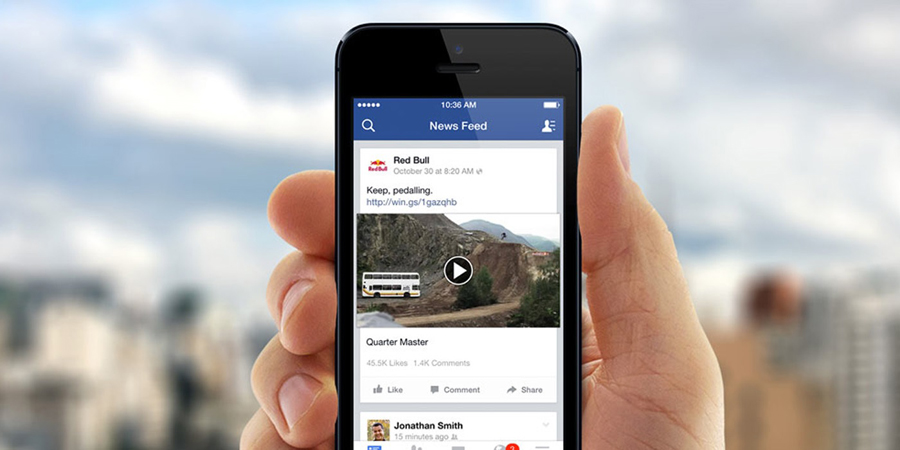 Zuckerberg confirmed that “Video is an important part of the Facebook experience”, and the company is continuing to invest in video. According to Tubular, typically 1.8 million videos are uploaded every week, generating 31.6 billion views.

Zuckerberg also confirmed that the Instagram (owned by Facebook) “community continues to grow,” but he didn’t update the 400 million monthly active users that was announced back in September 2015. He did state that the new looping Boomerang app for the platform reached #1 in the App Store in more than 70 countries. Instagram also launched a new video channel so viewers can catch up on big tent-pole events like New Year’s Eve, and College Football.

During the announcement, Zuckerberg was followed by Sheryl Sandberg, Facebook’s COO, who shared a recent case study. Microsoft Xbox optimized video content for Facebook and Instagram for the launch of Halo 5. The video marketing team behind the campaign understood that viewers watch video differently on mobile than on television, so Microsoft created content that would rapidly capture viewer attention (in 3 seconds or less) even if a viewer watched without sound. This tactic drove over 380 million impressions and 49 million video views, and apparently “increased purchase intent by 10 points in the US.”

Facebook and Instagram’s video features have grown leaps and bounds already but are heading towards exponential growth in the future. These platforms can no longer be ignored by marketers. But I know what you’re thinking: “Ah, great…so now, on top of creating clever online video campaigns, we now also need to plan out and create clever video campaigns customized for Facebook and Instagram too? How can we find the time for all this?”. This is where Toronto video production companies like Groovy Concepts come in. What makes Groovy Concepts different from other video production companies in Toronto is that we have a keen understanding of media trends and provide full concept, script and campaign development so that across all platforms your videos will capture viewer attention in under 3 seconds; essential for social video. Our unique concept development process insures high video engagement without having to overextend your marketing team in the production stages.

In this ever evolving world of online and social video, Toronto companies should definitely be looking at adding Facebook and Instagram to their video marketing campaigns. Corporate media specialists like Groovy Concepts are just a call or click away to help you in the process.